Breakfast in Fremantle at Fremantle Bake House. Food is quite expensive all around.  As in the states the era of Wonder Bread is over, the breakfast was really good.

Off to Rottnest Island, a nature preserve, tourist trap 20 minutes by fast boat from Fremantle out in the Indian Ocean. Lots of walking about to various beaches, stretches very window, plagued by OZ flies, smaller than our house flies, but fearless. Brought on head nets for Karen and Mark.

Jesse and Anna put lots of miles on the scooters.

Stopped at three beaches. Not much swimming though because the air temperature was in the low 70s, windy and the water temperature was not tropical. Still fun and very scenic. Caught ferry back to Fremantle in time to walk to the Fremantle Market.

Dinner at a brew pub, all roads in Jonathan’s universe lead to brewskies. 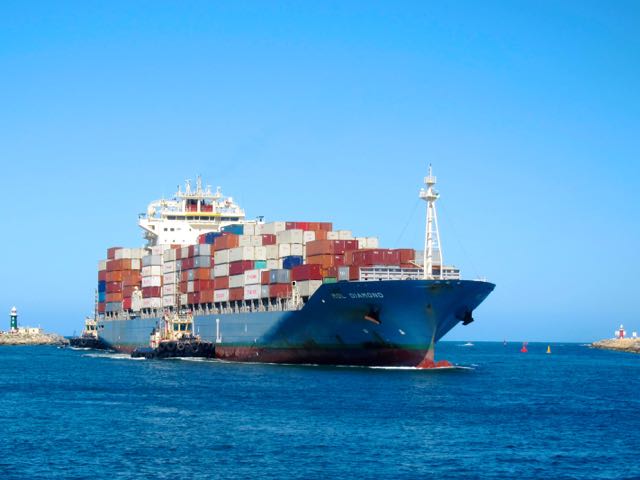 Container ship arriving as we wait for ferry to Rottnest Island. Fremantle is a very active working harbor. 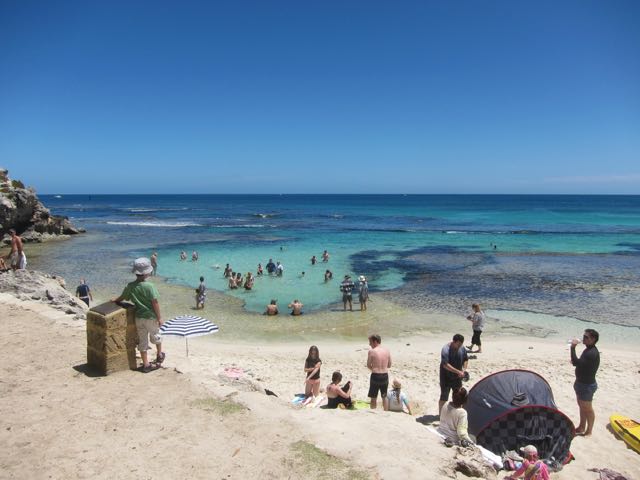 Basin Beach – the most crowded beach we visited. 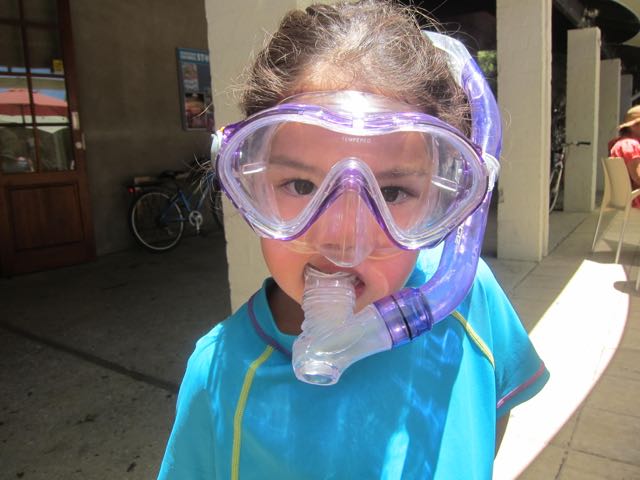 Anna trying on her gear. 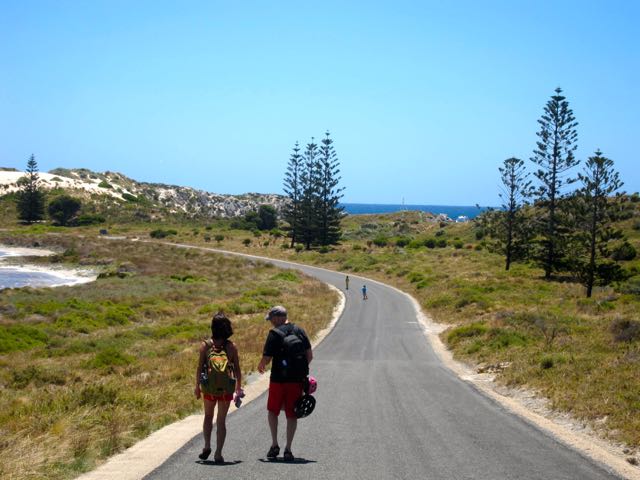 Jesse and Anna disappear down this long downhill. 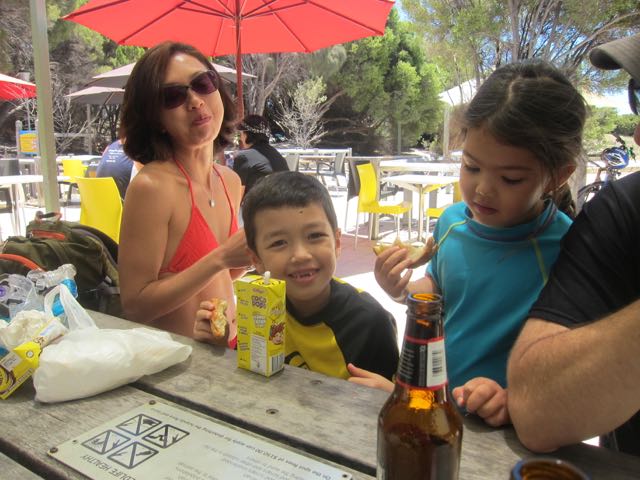 We’re staying in a 3 bedroom townhouse style apartment on the edge of one of Fremantle’s several boat anchorages. It is extremely windy in its exposure to the sea.

Woke to find that the kids had in fact arrived after we went to sleep. Walked about a half mile from our 3 bedroom rental out on the edge of one of the harbors in Fremantle into the edge of the old part of town.

END_OF_DOCUMENT_TOKEN_TO_BE_REPLACED

After a snow delayed departure from Albany, rerouting to Charlottesville instead of Newark to get to Los Angeles to pick up the 15 hour flight to Melbourne, we have arrived in Australia. Now waiting for a domestic flight to get us across the continent to Perth on the West Coast.

Four more hours across the continent and we arrived in Perth. Taxi to our housing in Fremantle. 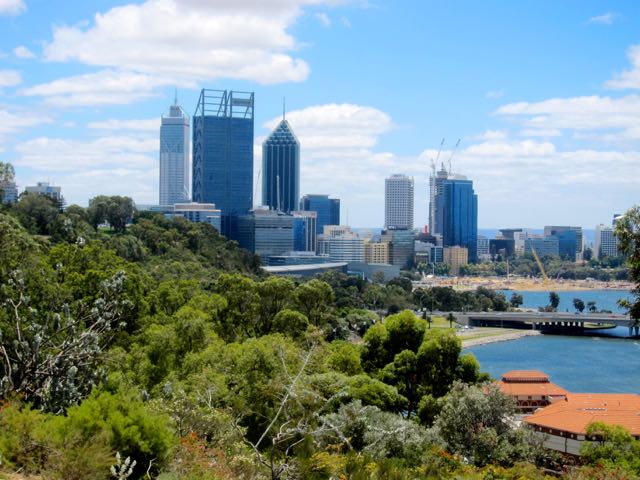 Couldn’t stay awake for the kids arrival at 11pm. Fell asleep by 8 pm.

Left Hudson just in time for the snow storm that is covering the Northeast. 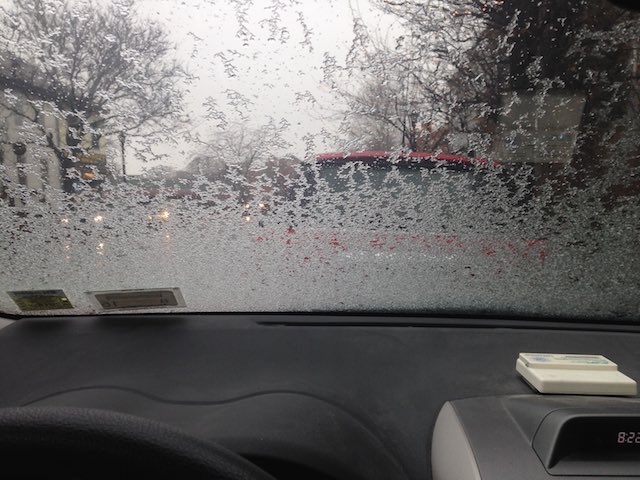 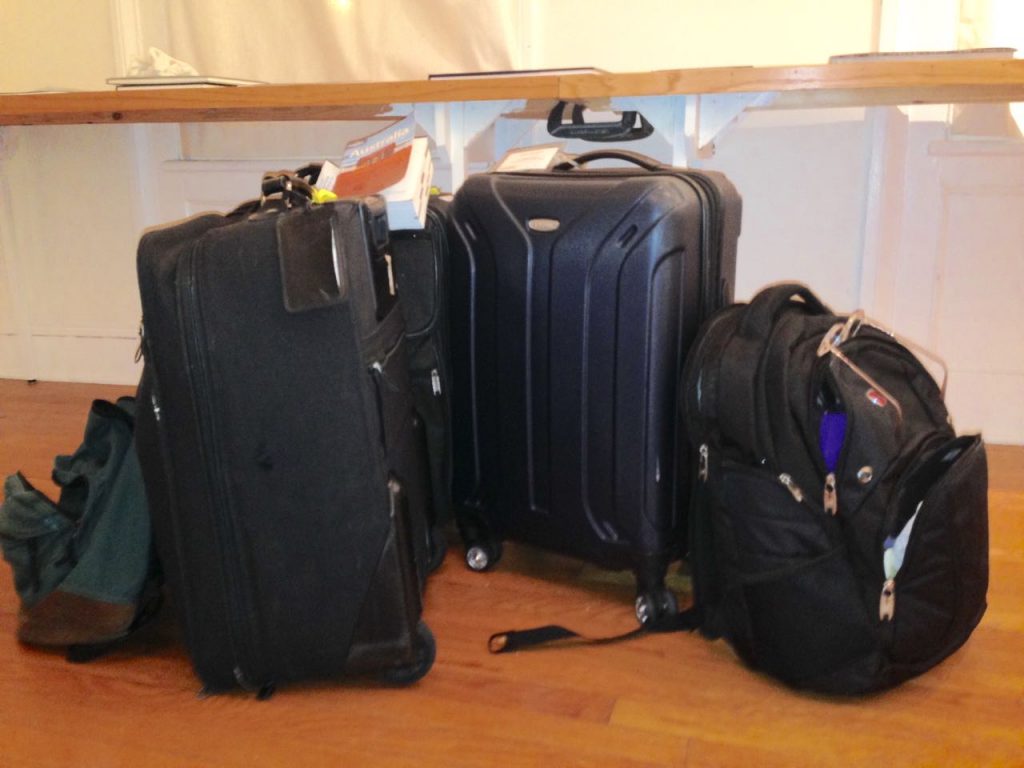 We are trying to keep our baggage train to a minimum. Caught between the prongs of having too much crap and not having something crucial. One of those bags contains too many presents for Jesse and Anna.

We will be using a new map tool that will show where we are and link to the postings for that location. We 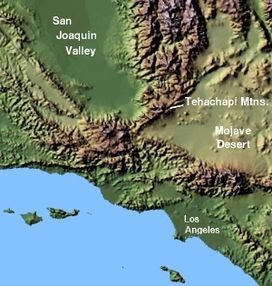 After traversing north across LA on interstate 5, we continued on through the Tehachapi Mountains. The Tejon Pass at 4100 ft is the high point with a sharp descent down into the the San Joaquin Valley (the southern portion of the Central Valley that extends 400 miles to the north at Sacramento).

Route 5 runs fairly much straight as an arrow towards San Francisco some 350 miles north.  It lies quite close to the western edge of the valley so one is always aware of the Coastal Mointain Range on your left. It is a very long run of 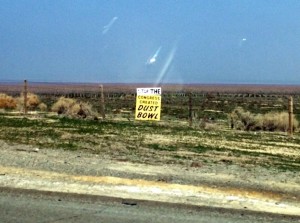 agribusiness and empty land punctuated by regular signs of the water wars. Of course one can’t help but note the ironies of a business tha would not exist except for the enormous investments by state and Federal governments in water projects to convert what would otherwise be a sea of waving tumble weeds into fields of plants. 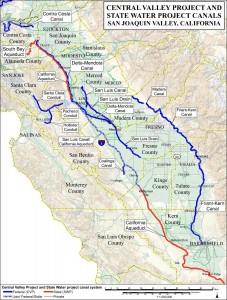 Drove down to Berkeley Heights for a visit with Ed, Meredith, Parker, and Maggie. The highlight was Meredith getting dressed for her visit with her horse. Special farmer garb. 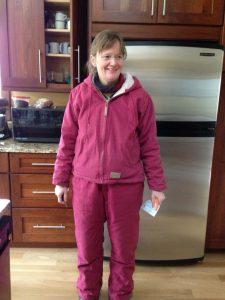 Then, Ed drove us out to Newark Airport for the plane to John Wayne Airport (Orange County. Nothing to report about the flight except that six house feels like nothing after our recent sixteen hour flights to Hong Kong.

Getting Ready for Road Trip 2013 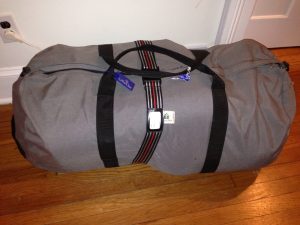 After several days of doubt that this trip would take place, a trip to the doctor and some antibiotics to quell Mark’s severe bronchitis, we are actually packed. There is the tell-tale REI duffle bag that holds our tent, sleeping bags, pads, and cooking equipment.

We were about Hong Kong today. Mostly Central and the Mid Levels. Some art galleries, lots of people, and a stop at the HK Planning & Infrastructure Exhibition. We also stumbled on a photographer, Asa Li, who is making time lapse portraits of Hong Kong. “Homeland” is available here. Really very good.

Ended the day at the International Commerce Center Tower in Kowloon. We had plans to go up to the 100th floor observation floor with Jonathan, Nan, Jesse, and Anna. But the top was pretty much clouded in. So, we settled for a visit to a playground. 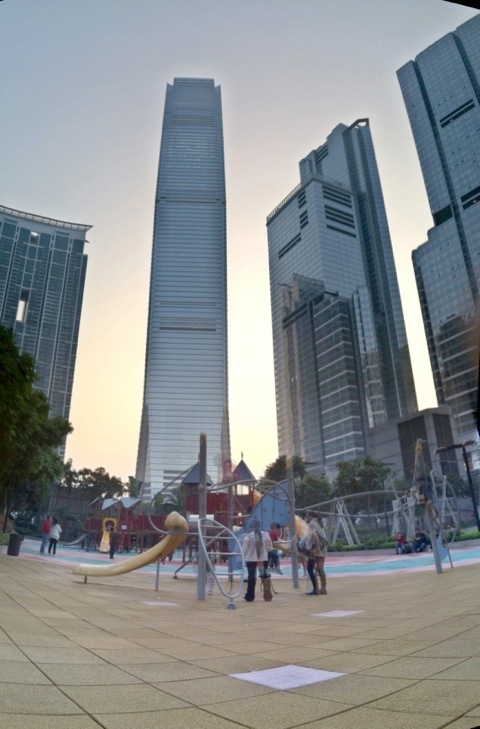 We took a five hour flight from Hong Kong to Bali followed by a 45 minute van ride to arrive mid afternoon at The Conrad near Nusa Dua. Quite posh. Two days here doing resorty things.

In the small world department it turned out that the pilot was a fellow Kljonathan knows from his local gym. 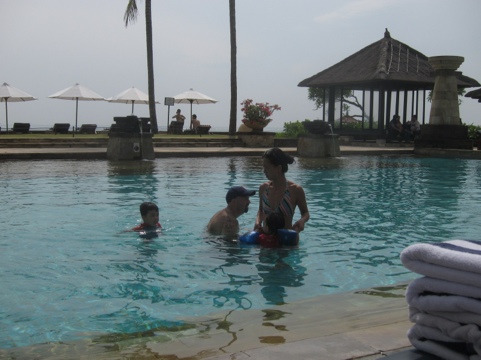 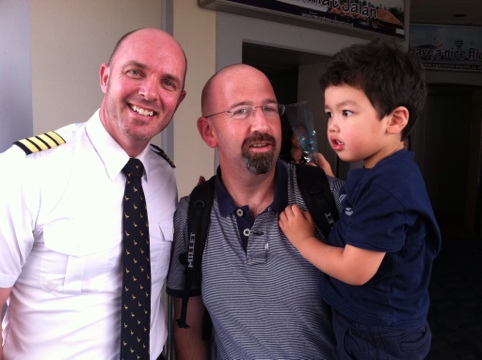