As a resident of the Northeast I am used to driving around on pothole-filled roads everywhere. It has been my assumption that our lousy infrastructure of crumbling roads and falling down bridges is largely driven by ferocious freeze-thaw cycles, heavy traffic and lack of proper maintenance.

After this trip I can see that though these first two factors may be important, the overwhelming fact is that we as a society do not spend enough tax dollars to maintain our infrastructure. Most of the highways, interstate and state, we were on suffer from the freeze-thaw or too much traffic. These are not factors in the conditions of these roads.

We may have been the inventors of the modern divided highway system built out on a national scale. But it is now mostly 50 to 60 years old and coming apart at the seams. Throughout our six thousand plus mile trip we spent countless hours thumping along and it is clear that under-investment in maintenance has been a chronic strategy for decades under both Republican and Democratic regimes

Karen found us a water tour of the Port of Houston. Though we only saw a few miles of its 25 mile length and a a few dozen of the more than 150 private companies that line its banks, this was a great opportunity to see up close the activity in this port that is the fourth busiest in the world and home to a vast array of petrochemical companies as well as agricultural and building products distribution.

The port was created the old-fashioned way by digging out and widening a narrow natural bayou in 1909-10. This came just years after the devastating storm of 1900 that flattened Galveston which had been the dominant port along the TX coast. However, such ventures are not without risk locally or nationally. This relatively narrow shipping channel and port is a major transit point for much of the imported oil into the US. As was demonstrated recently, any disruption of the channel will lead to backups of ships into the Gulf of Mexico and potential shortages of oil for the refineries and our gas tanks.

This report of an accident in October 2010 illustrates the hazards: “A towering mess on Ship Channel: Accident will idle 75% of Port of Houston’s terminals for at least 3 days”

Just to show that Hollywood TV is not blind to the opportunities here, they have already blown up an oil tanker in the Port of Houston on the one-season wonder TV series Rubicon in 2010.

Here are some photos from our tour. 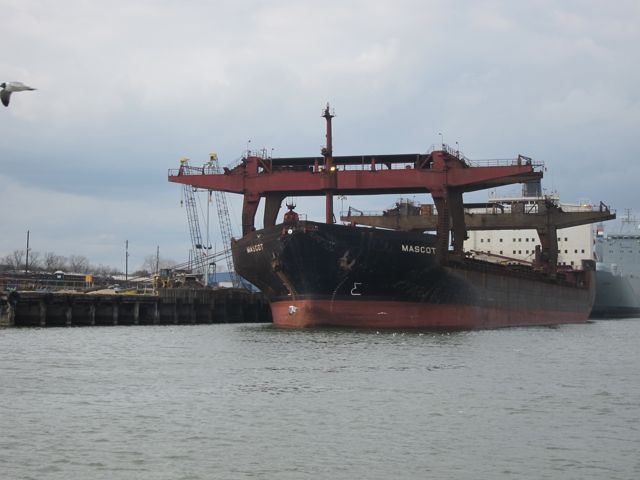 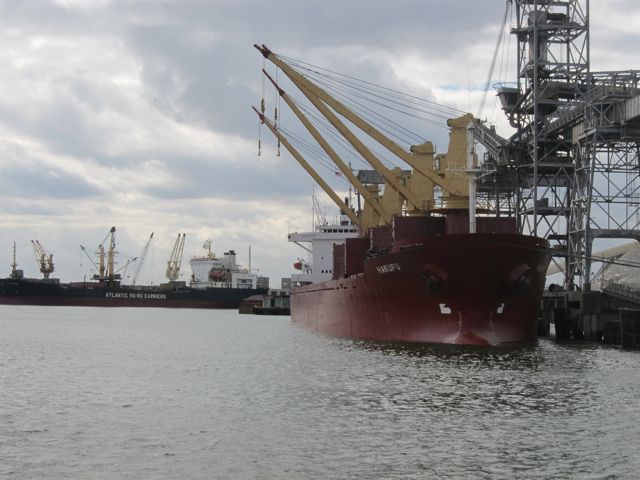 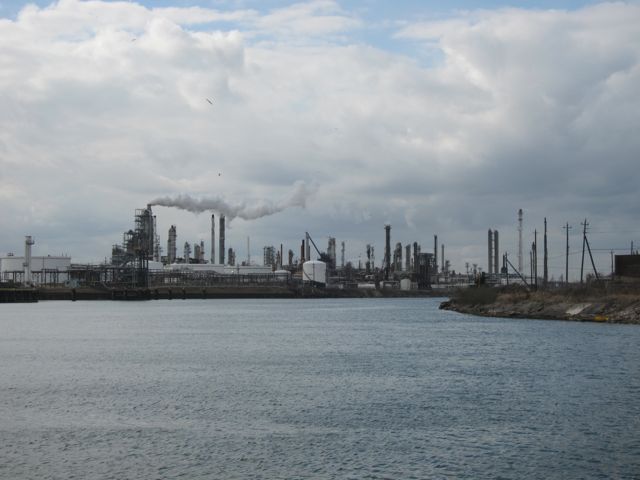